3 Reasons To Throw Away Your Guide Book

This summer will see thousands of travel eager backpackers hitting the shores of Europe and beyond in search of a special adventure and life changing experiences. One thing will unite the vast majority of these wanderers and it will be the guidebook, the all encompassing bible for travellers.

It is not a new concept; modern style guidebooks have been around since travel for pleasure became a fashionable pastime. Early adopters used Baedekers Guides, those kicked off in 1827 along with the Murray guide and eventually the Blue Guide, Fodors and Frommers following suit soon after.

We are all familiar now with the plethora of books available; Let’s Go, Lonely Planet, The Rough Guide are examples and I am sure many of you reading this article have more than one title.

The problem, as I see it, is not that we use these books to guide us but that we all use these books. Many of the researchers travel the same roads, eat in the same restaurants and stay in the same lodging as one another, therefore it is not surprising that travellers adopt a similar modus operandi and end all end up at the same locations.

So what are some of the pitfalls in using a guide and why do I think it is a good idea to leave it at home?

1. Sorry our town is full

In the sixties through to the eighties nascent travel involved buses, trains and hitchhiking. Private purpose built hostels were unknown and travellers had to make do with Institutional Hostels (many requiring chores before check out – let them try that now), hotels and camping sites. There were of course shared rooms available and guides listed them along side other possibilities.

When you arrived at your chosen destination it was not uncommon to have a scrum of backpackers tearing off a night train, all trying to get to the cheapest listed rooms first. Payphones had long lines, change was hard to come by with a multitude of currencies then used in Europe and language was often a big barrier.

With the advent of the Internet and hostel booking websites all that was left behind, travellers can now book their rooms in advance and adapt itineraries to cope with unavailability.

However here is the problem, I have heard many backpackers tell me that they didn’t go to X or Y because there were no rooms; although I am sure that there were plenty of places to stay just none available online. There seems to be a stumbling block of reason for many travellers in this respect, we travel to see new places and gain experiences but are easily thwarted when no availability shows up on our search engine. Be brave, get there early and wander around near the bus or train station, sooner or later you will find a room, possibly cheaper and more authentic than a cookie cutter backpacker hostel.

Quite often, depending upon the location, you will find yourself bumping into the same group of travellers as you move from town to town and even country to country. I admit it’s fun to have a beer or two and chat about the last place you hung out in, but if you stop for a moment you may realise that the individual trip you have been planning for so long has been mirrored by so many others who have used the suggestions in the same guide book. Many such routes become backpacker ghettos; the authenticity that you crave has been extinguished by the very travellers that have come to see it.

This not a new phenomenon; one way to avoid it is to go off the main route, stay in a small village or bring the travel down to a more human level and move slowly savouring the moment and allowing yourself to bend to a new culture.

3. Be a traveller not a tourist

I know many travellers who cover their guidebooks in brown paper or other disguise, others who tear pages out for a particular city and throw them away once they leave. What drives this behaviour is the desire to blend in with the crowd, not to stand out vulnerable and gawking. In some countries your mere presence is an obvious exclamation of you status, being a full foot taller or of a completely different complexion is hard to disguise.

Nonetheless if the aim is to observe and learn and, equally as important, be safe then discretion is paramount; nothing is more obvious than a big group of backpackers brandishing guidebooks and flailing about with the language.

Do your research in advance; make use of local knowledge where available, use alternate sources of information, such as forums or blogs, easily found on the Internet. In short prepare your own guide and travel plan picking up useful nuggets of knowledge as you go, learning about the area from locals and sometimes even choosing your route on the fly.

All of this may not save you from the hordes or immunise you to distain from the host country but it can go a long way to easing your passage and will at least make your backpack a couple of pounds lighter.

Previous Bolivia’s Salt Plains: A Guide To A Natural Wonder
Next 8 Essential How-to Tips on Train Travel in Europe 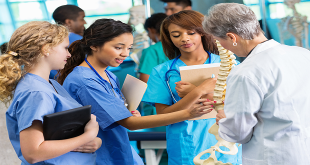 A Simple Guide to Choosing the Right Nursing Program 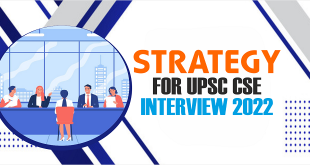 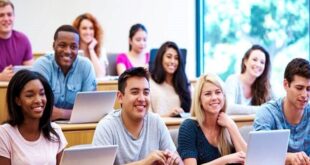 Colleges receive thousands and thousands of applications every year, which means that getting a place …