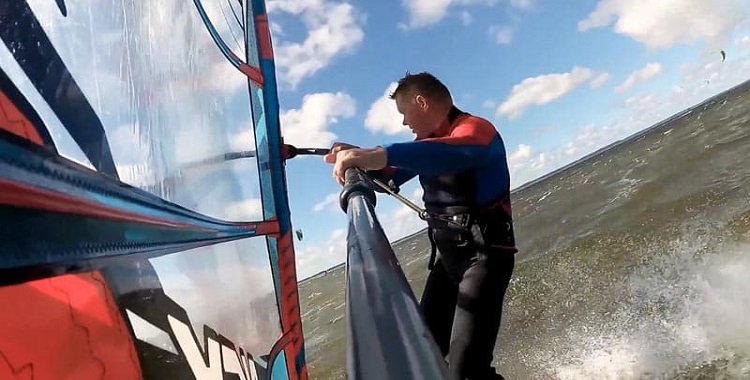 It was my second trip to Lithuania and I saw a lot more of the country, certainly way more than I had planned.

I was bound for Estonia from Poland, so I caught a bus in Vilnius, Lithuania to get there. Even though I had my trusty Lonely Planet Baltics guide, somehow, I misread the information that I needed a visa for both Latvia and Estonia. I was on a Russian bus (the vodka bottles rolling around on the floor and seats were an authentic touch) when we got near the border. The guard came onto the bus to get our passports. I started to get nervous. It was definitely my instinct kicking in, because before long, another guard joined the first and started ’searching’ his way down the middle of the bus to… me! ‘Are you New Zealand?’ …much as I wanted to correct his English, it wasn’t the time so, I agreed with him, that, yes I was. Immediately, I was asked to leave the bus, get my pack from the luggage area and follow him to the office while a sea of faces watched me, the visa-dodging criminal.

I was taken to an office on the Latvian part of the border, and waited while the necessary paperwork was filled out. Actually, the guy who did the paperwork was nice – he was sorry I couldn’t visit Latvia without a visa, and said he hoped one day our countries would work together and it would be possible to travel, visa free. He also offered to drive me back the 1km or so to the Lithuanian border patrol, which I accepted.

Which is how I ended up traversing Lithuania; from a ride I was subsequently offered by a truck driver. An awesome guy, who told me a lot about Lithuania, more than Lonely Planet ever could. On the drive back to Vilnius I told him I was dead set on getting to Estonia –but it was Friday night, and there was a public holiday on Monday, so my chances of getting a visa anytime soon were zero to none. So, I stayed in the truck and left Vilnius again with my driver, who radioed ahead to get me a connecting truck from the city of Kaunus, and on to coastal Klaipeda where he suggested I could try to catch a lift on a boat to Estonia, by-passing Latvia altogether.!

So, having arrived at 3.30am in Klaipeda, my driver drove me straight to the ferry terminal to look for a ferry. But alas, it wasn’t to be, gutted! So, he drove me back into town, and dropped me off near a hotel I’d found in my LP. It took an hour, a little walking, and some persuasive LP book waving, but 4 hostels later, I secured a bed. The room I got was typical of other places I’d stayed in Eastern Europe – small, old, single bed with one big square pillow, peeling wallpaper and an ensuite bathroom with no hot water.

From this balcony Hitler made an annexation announcement

The next day I tried my luck again, but this time I tried hitching a ride with fishermen to Estonia but to no avail. I decided that this trip just wasn’t meant to be, so I decided to relax in Klaipeda for a couple of days instead. This is a quaint coastal town, and despite it not having boats going up to Estonia, it does have a really busy port.

The old town is speckled with a lot of old buildings, many of them with German fachwerk (exposed wood) facades. ‘Theatre Square’ honours local poet Simon Dach with a fountain, but perhaps of more interest is the Drama Theatre itself, whose balcony was chosen by Hitler as his ’stage’ for announcing the area’s annexation in March 1939. The History Museum of Lithuania Minor is nearby, and it chronicles Klaipeda’s history.

From Klaipeda I decided to head off on a bus to Trakai, back to the west. I’ll never forget that bus station, purely because I could smell it before I got there. The toilets were rank! Worse still, I needed to use them, and in true backpacker style I had my big pack on my back and my daypack on the front and they were squat toilets with no hooks on the back of the door, so, quite athletically, I proceeded to go for a wee loaded up with my packs, and keep balance! All the while holding my breath!

A few hours later, I arrived in Trakai – and found another cheap, basic but comfortable hostel for the night. Trakai’s not huge, (population about 5,500), so it’s another easy town to wander around in for a day with plenty of greenery and a big lake not far from town centre. It’s also a good point for getting onward travel to Poland via bus, which is why I ended up there.

Distinctively, Trakai’s town was built and preserved by a mix of nationalities living side by side – Karaims, Tatars, Lithuanians, Russians, Jews and Poles. Today, it’s predominantly Lithuanians living there, with about a 40% mix of Russians and Poles. With its beginnings from as early as the first millennium A.D, Trakai’s truly another Eastern European gem.

The one ‘must-see’ would have to be Trakai Island Castle, situated on an island on the shores of Lake Galve. Made of stone, the castles construction was begun in the 14th century and as Trakai was one of the main centres of the Grand Duchy of Lithuania the castle held great strategic importance.

I sat in a cafe, directly opposite the castle, outside on a quaint balcony and enjoyed the peace, quiet and stunning views while experiencing the atmosphere enhanced by swans on the lake, beautiful weather and the amazing Island Castle.

Trakai is not exactly a tourist mecca, but that’s appealing. I noticed this more so when I went to the bus station (no stinky toilets at this one) to book my ticket for Poland – no-one spoke a word of English, and my limited Russian seemed to be failing me in the minor details of the booking. My Lonely Planet rescued me yet again, with its language section in the back. I booked; I was armed with a ticket and ready to go. My previous time in Lithuania I’d left by train, but the bus was fine – destination Augustow, Poland,.