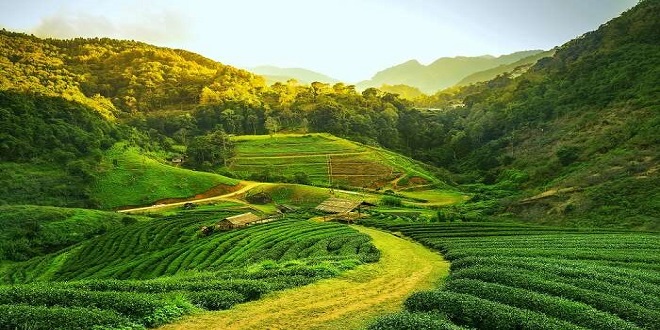 Charming Places to Explore in Assam

Enveloped with rolling fields of aromatic tea, canoes crossing the Brahmaputra River, lush green jungles with the most bizarre wildlife, Assam is the most jaw-dropping state in North East India, waiting to be explored. The tourist places in Assam will take you by surprise, and you will be awe-struck with the things this beautiful place has to offer. Do not worry about where to start? We have curated a list of the most charming places to explore in the spell-binding place of Assam.

Housing two-thirds of the planet’s one-horned rhinoceros population, the Kaziranga National Park is a World Heritage Site and a primary Assam tourist place. It is a well-preserved, vibrant and versatile biodiversity that keeps this place on the top places to visit in Assam. Besides the one-horned Rhino, the park also has other pleasant surprises, such as the Swamp Deer, Chinese Pangolins, Bengal Foxes, Elephants, Wild Buffalos, Gibbons, Civets, Sloth Bears, Leopards, and Flying Squirrels. It is also a famous tiger reserve as it is also home to an enormous population of the royal Bengal Tigers. Book domestic & international flight online and head to Assam to visit this popular national park.

Among the 51 Shakti Peeths in India, the Kamakhya Temple tells a legend to protect its devotees from evil eyes. It is among the most popular religious and tourist places in Assam. The temple is visited by thousands of pilgrims and tourists owing to its terrific Tantric adoration. Perching atop the Nilachal Hills, the main deity of this religious shrine is Lord Shiva and Daksha Yagna (Death Incarnation). This temple is among the most esteemed temples in Guwahati.

The eye-warming naturescapes of Majuli’s is a delight for every nature lover. The Majuli Island is the world’s largest riverine island and among the most significant Satras established by Sankardeva and Madhavdev. The islands cover an area of about 452 sq. km, where most of these submerge under the water during the monsoons. This leaves the bigger islands, namely, Kamalabari, Auniati, and Garamur, on the surface. Undoubtedly, this is one of the best places to visit in the Jorhat region of Assam. Besides being a remarkable beauty, Majuli is also known to be a birdwatcher’s heaven. A relaxing vacation in Assam is incomplete without visiting these islands.

Less than 20 km from the city center, Gibbon Wildlife Sanctuary is a paradise for Assam’s Hoolock Gibbons. Tucked by River Brahmaputra on one side and tea gardens on the others, this wildlife sanctuary is one of the best spectacles of Assam for wildlife lovers and nature seekers. Besides housing the 40 species of Hoolock Gibbons, this sanctuary also houses Capped Langur, Assamese Macaque, Rhesus Macaque, Stump-Tailed Macaque, Pigtail Macaque, Slow Loris, Elephants and many more animal species. This is a very popular tourist place in Assam.

Favorable time to visit: During the winter season

Besides this, you can also visit Padam Pukhuri, Sivasagar, Dibru Saikhowa National Park, Panimoor Falls and others.

Previous Five Highly Effective Ways to Alleviate Everyday Life Stress
Next What Are the Essential SEO Services in Perth?